The Paso Robles Winter Chess Open was held February 21, 2004 at the Paso Robles Senior Center. Twenty-Three participants entered the four round tournament to face off on this rainy Saturday. The tournament started at 10:00 a.m. sharp and did not finish until 7:30 p.m. 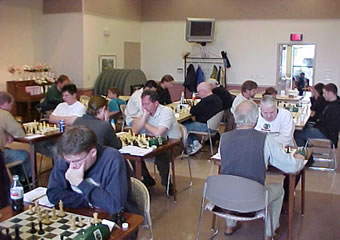 Joe Deakin, current president, passed the torch to John Wingfield the new Paso Robles Chess Club president. Mr. Deakin expressed his gratitude and enjoyment in holding the office for the past year. Mr. Deakin is relocating and is not able to continue duties. The new president, John Wingfield, stated that he has been a chess lover and member of the Paso Robles Chess Club for many years and is looking forward to his new position as President. 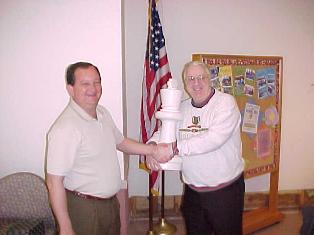 Approximately 44 games of chess were played on this rainy day. It was a struggle for first place with many close games. In the end the tie had to be broken using the United States Chess Federation(USCF) tie break system. Remy Le, an exchange student from France attending Templeton High School, emerged as the tournament champion with a score of 3.5. Matthew Hayes, from Castroville CA. placed 2nd and Randall Hough from Alhambra, CA placed 3rd. The prize fund was split 3 ways according to the USCF Rules.

The best score for players with a USCF rating of 1600 or less was also a tight race. In this special prize section there was a five-way tie for first. Using the USCF tie break sytem, Benjaman Miramontes, from Bakersfield, CA emerged as the winner and took the first place trophy. Taking 2nd place trophy was Paso Robles Resident Kevin Maxwell and bringing home the 3rd place trophy was Steven Tomak from San Luis Obispo CA.

The other two finishers were Benjamin Biesek and Tim Fourney. According to the USCF rules the prize funds were split 5 ways. Timothy Fourney donated his prize to the ChessManiac.com web site. 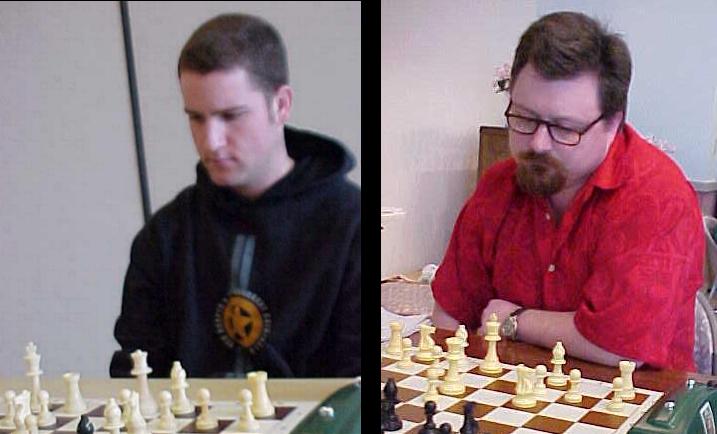 Special awards were as follows: Best unrated medal went to Paso Robles resident Irwin Friedman. This was Irwin’s first tournament at the age of 72! 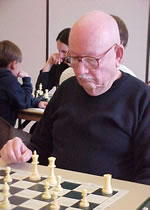 Capturing the greatest upset was Timothy Forney an Atascadero resident.

President Joe Deakin and his wife Julie prepared breakfast, lunch and a wonderful spaghetti dinner for the chess players. The tournament also had a family of 4 enter. Shaun and Maria Kelly entered themselves and two of their sons Seth and Jasper. The family had a fun filled day of chess and even got to play each other in a few tournament games.


Click to see results and photo album!
The Paso Robles Spring Chess Open is scheduled to take place on Saturday May 15, 2004. The format will be slightly different, with 2 sections, an Open and an Under 1500 section. This tournament will also be a California State Championship Qualifier with 6 Grand Prix points available. This should help to bring in more opponents from out of the area.
Spring Open Tournament Information.